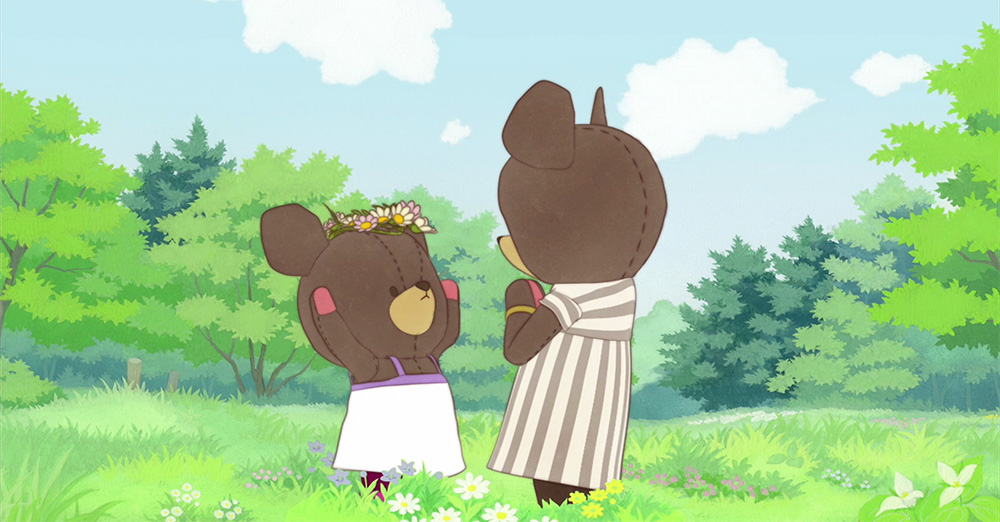 12 little bears live in a dormitory on a mountain. The first 11th little bears are boys, but the 12th is a only girl, and she is a main character, Jackie. Curious and loving jokes, She is always having fun with her kind brothers.

One day, Jacky and her brothers went for a trip. They met a girl bear, Katy. Jacky and Katy easily become friends. But Katy was sickly and became ill.

Jacky and her brother begin an adventure to make Katy healthy.