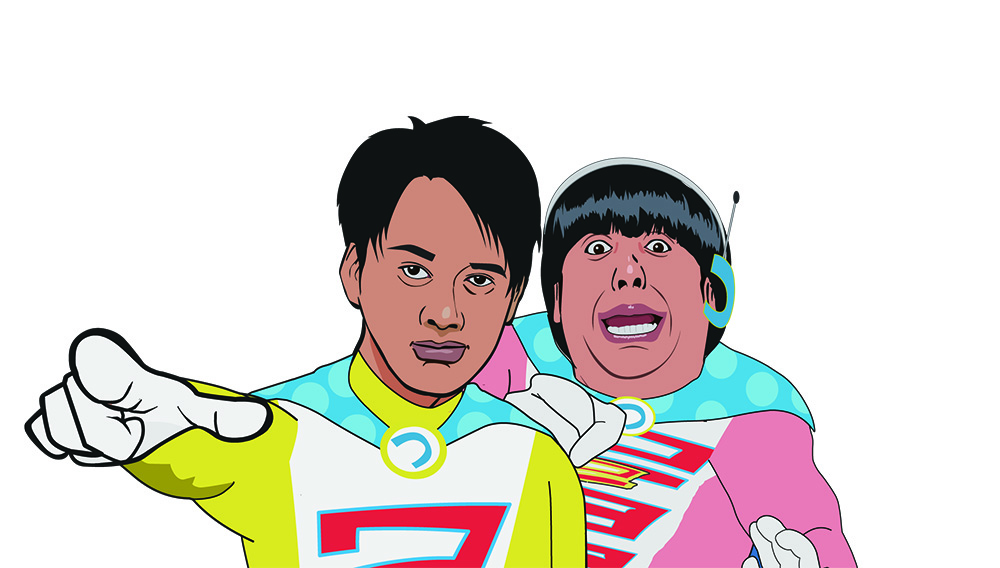 It is a new type variety show, which uses Twitter and lets viewers tweet questions to the general public. We made the opening animation for it.

This TV program solves viewers’ questions by twitter. The MC is the comedian duo, Banana Man. The two characters, “Tsubuyakun-jar” are impressive in the opening animation.