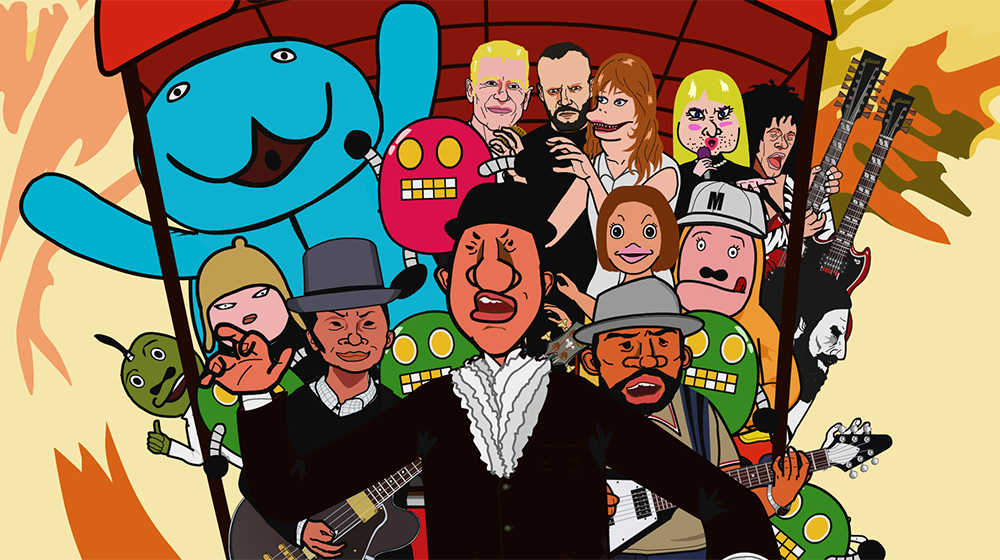 Heroes of this anime, Toru and Hiroshi who speak Toyama dialects, try to win the first prize of Rydeen, a nationwide contest of amateur bands.

To carry out their dream, they held an audition Great Hunt to get members of their band. However, the all candidates were so unique that their destiny rolled out!

Flash animator brothers in Toyama prefecture created this animation. This is a band gag story, which depicts an usual life of the young who are absorbed in music bands. The super popular band CHATMONCHY appears on this.