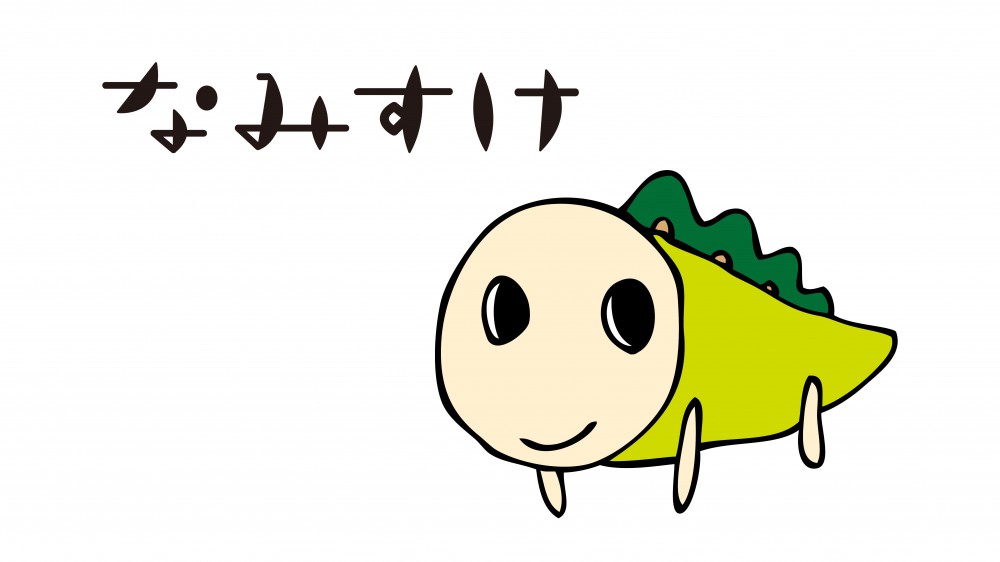 Fanworks Inc. is in charge of producing the official character of Suginami city, Namisuke.

Namisuke is a fairy like a dinosaur and lives in Suginami. He appears on everywhere related to the children and the life of the place.

For example, we caught a site of a bus depicted him and a cake printed him and so on.

To advertise the great fullness of Suginami city, everyday Namisuke try to do hard there.