We produced the mascot character “”Takayama Nyakon”” of Osaka Medical University, which has its campus in Takatsuki City, Osaka Prefecture.In the Sengoku period, a Christian feudal lord named Ukon Takayama ruled over Takatsuki city in Osaka Prefecture. Therefore, the character developed by Yosuke Kihara (“”Go Go! Connie-chan” as his major work) is named “”Takayama Nyakon”” after Ukon Takayama.
To reflect the history of Takatsuki, Nyakon’s outfit is also designed in a western style. It seeks to make the Osaka Medical College Hospital more familiar and close to the citizens as a reliable local medical center. In order to attract students —who usually tend to be biased towards the Kanto area— to Kansai as well, the university was in an attempt to develop its own local mascot character and publicize it. Therefore, we produced a page dedicated to “Nyakon” on the University’s information website for prospective students, and created big plushies with a diameter of 50cm, and also stickers (both 5cm×5cm size version, and A4 size version) of Nyakon.

Yosuke Kihara (including the character design)

Osaka Medical College Department of Academic Affairs,Public Relations and Admissions Section
（In April 2021 the college has changed its name to Osaka Medical and Pharmaceutical University. ） 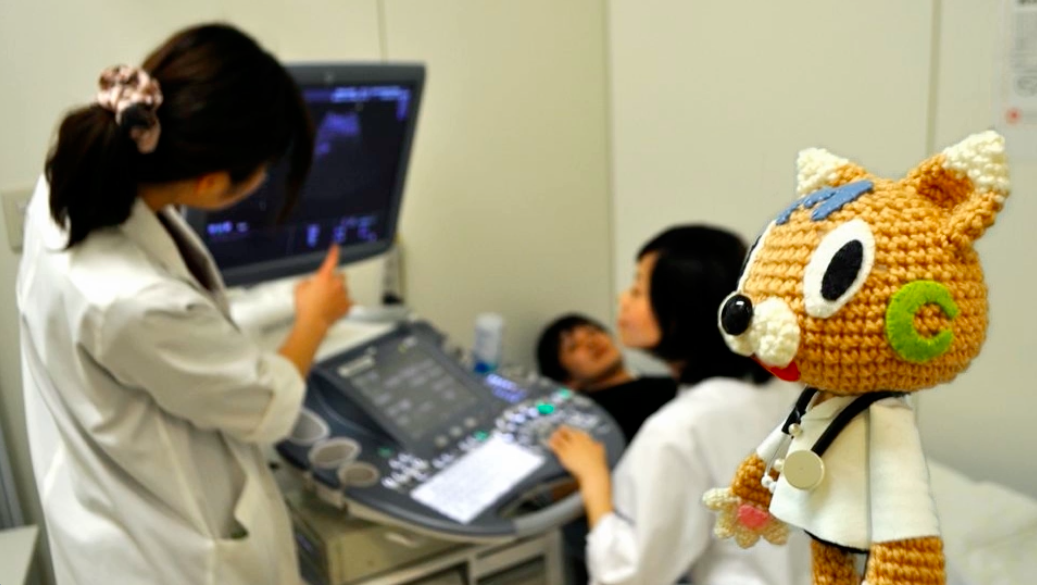 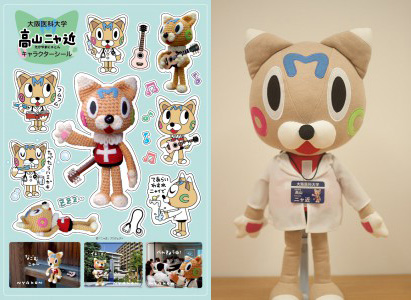 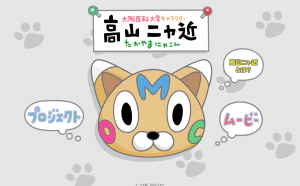