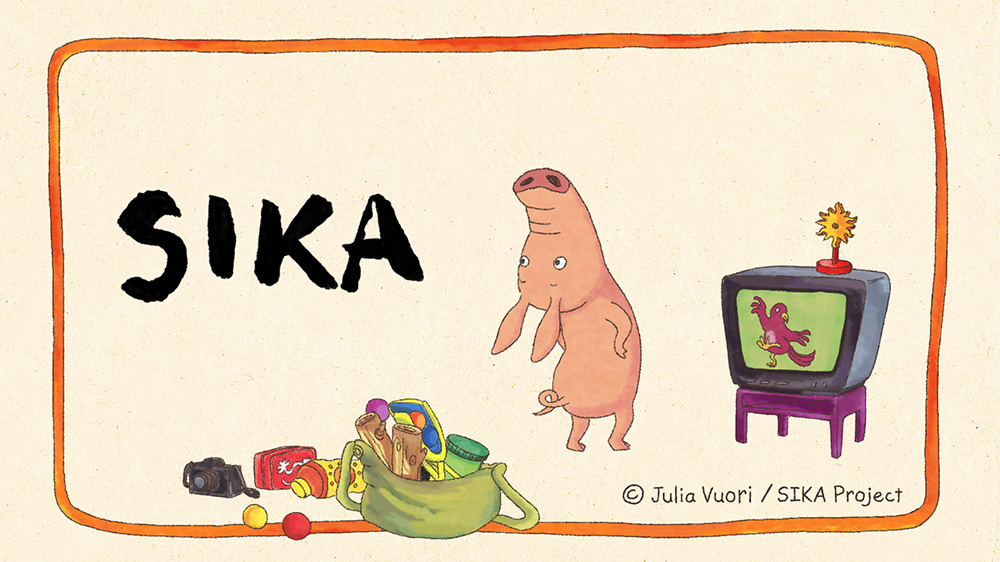 This animation is based on SIKA, a picture book which was drawn by a finlander woman author, Julia Vuori. The picture book received the Bologna Ragazzi Award of 2001.
The animation has a colorful and mysterious atmosphere.

SIKA means “pig” in Finnish.
This animation is the story of a cute SIKA and his friends. Surreal everyday life is described in beautiful coloration.